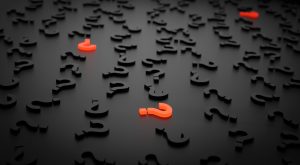 With so many admissions options, when should a student apply?

Early policies can maximize a student’s chances to get into a school, but the policies need to be carefully read. While the definitions for each are generally consistent, some colleges have their own early policies.

Over 500 colleges and universities offer Early Action (EA) or Early Decision (ED) programs and some offer both. However, while the names of the admissions policies sound similar, there are huge differences.

Early Decision (ED)
Only students who are absolutely certain they know which school they want to attend should apply Early Decision. ED is a “binding” decision, which means that a student agrees to attend the college if it accepts them and offers adequate financial aid. Students can apply ED to only one college. If a student is accepted via ED, they must withdraw all other applications. Students who are not admitted ED may be “deferred” to the Regular Decision deadline, though these policies vary between schools. The typical ED deadline is late October to late November. If you want to compare financial aid packages, do not apply ED.

* The acceptance rate for Early Decision is generally higher than it is for Regular Decision, regardless of whether the student applied ED I or ED II, though specific rate differences vary from school to school.

Early Action (EA)
Early Action is a good option for students who would like to know if they got into a school sooner rather than later. EA is not binding, meaning students who get accepted do not have to commit. The typical deadline is late October to late November. Usually, EA has few restrictions, and applying EA benefits the student by allowing him/her to hear early from a school. Students accepted under EA can typically wait until May 1 to decide where to enroll.

Regular Decision (RD)
The vast majority of students apply through Regular Decision, and they can apply to as many schools as they would like. The application submission deadlines vary between schools though RD deadlines typically fall between December 15 and January 15. Offers of admission are usually sent out in late March or early April. Accepted students have until the spring deadline to either accept or decline their offers. Applying RD is non-binding.

Priority Admissions/Priority Deadline
Priority Admissions is just like applying Regular Decision, but usually with an earlier deadline. After that deadline has passed, schools accept applications on a case-by-case scenario. Applying by a priority deadline is non-binding.

Rolling Admissions
Under Rolling Admissions, applications to the schools are reviewed as they are completed and colleges accept eligible candidates until all freshmen spots are filled. This means, applying early to the school has a great advantage. Applications may even be accepted as early as the summer before the senior year. A number of schools, particularly big state schools, use rolling admissions. Check each school’s rolling admissions start date. Students typically receive the decision within two months after the completed application is sent in. Applying rolling admissions is non-binding.

Guaranteed Admissions
Guaranteed Admissions is offered by a number of public universities to students who meet certain academic and/or test score requirements. Students still need to apply, but qualified candidates typically get admissions offers earlier than other students.

BENEFITS OF APPLYING EARLY may include:
– Improving your chance of being accepted
– Improving your chance of getting a scholarship
– Getting first choice for housing
– Gaining time to prepare for college and study for high school classes/AP tests, if accepted
– Gaining more time to apply to other colleges with later deadlines if you get rejected
– Ensuring peace of mind

Books By Our Staff: